You can translate these reflections, without trouble, onto various forms of activity. You can summon the creepy historians’ sense that past life is maintained or repaired by our actions, patched up, not gone to the devouring dark. You can ask what the ritual protocols surrounding burial have involved, invocation of magical powers. That the beloved one should not be consumed by crocodiles. At the National Museum of Denmark I was struck by an image of the pre-Christian afterlife: that those who die go to row the ship of the sun. That taking a boat out, on a calm night, when the oars plash and break a clear circlet of moon is just so good, you could continue forever. The water which pulls back against your strong arm, and your friend’s. That paradise should be neither rest, nor glory, but common endeavour. I’d never heard of that before.

You can translate them onto the ‘hell’ of daily low-status occupation as well: these carrots, these towels, I will not get them done. These children will never stop crying. I will fill the bucket and then empty the bucket and soon I will fill it again. These glasses will dull and I will polish them again. This is Carolyn Steedman’s basic contention about how domestic labour might align with the vocation of the historian: that in the archive the historian, surrounded by the traces of endless domestic obstructions is left with the sense that “they’ve left me the lot”; that it is her lot to deal with endless things.

You can transform them into acts of consumption as well. “Consumption” and the constitutive power of demand play such a pervasive role within recent histories that, by many accounts, production is eclipsed. Witness Chris Evans, master historian of steel, describe the shaping of plantation hoes – across the Atlantic – through the expectations and daily demands of enslaved labourers, the practices they brought . Evans asks what historians should make “of an article that was ‘consumed’ by people who could not freely choose? What can be written of an object that added nothing to the comfort of life and conferred no prestige on its owner?” And Evans argues that enslaved people shaped their hoes, answering that the implements must be understood as an amalgam of object and action. Its design history has to take into account the stance of field hands as they swung the hoe, the position of their hands on the shaft, their posture as the hoe bit into the earth and as they pulled it free, their gait as they moved forward or backward, and the pattern of their breathing, along with many other details of gesture and carriage.

But for the historian such reconstruction poses daunting challenges: there are no records of that work, and all the handles have decayed. Still Evans thinks it possible. ‘Consumption’ is how they shaped their tools and struck the ground. Evans adds that “it would be extraordinary if the deportment of field labourers did not also betray the influence of the European master class and the example of indigenous peoples (in British North America, at least, if not in the Caribbean).”

You can wonder at what survives, what can be reached. What bones, what dust, what metal tools. What treasures stoop to plain sight on the earth.

You can do all those things and you still won’t know my meteorite. 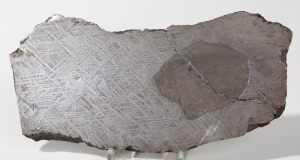 UCL has taken all reasonable care to ensure that pages published by central offices were accurate on the stated date of publication or last modification. Other pages which may be linked to the UCL home page or to other UCL pages, or which have a UCL address, may have been published by departments of UCL or other units of the College or associated with the College, or by staff or students acting entirely in a personal capacity. UCL takes no responsibility for the consequences of error or for any loss or damage suffered by users of any of the information published on any of these pages, and such information does not form any basis of a contract with readers or users of it. It is in the nature of Web sites, many of which are experimental or constantly changing, that information published may be for test purposes only, may be out of date, or may be the personal opinion of the author. Readers should verify information gained from the Web with the appropriate UCL authorities before relying on it. Material published by UCL central offices is copyright UCL and may not be reproduced without permission. Copyright exists in all other original material published on the Web by staff or students of UCL and may belong to the author or to UCL depending on the circumstances of publication. The UCL 'dome' logo and the letters 'UCL' are the registered trade marks of UCL and may not be used without permission.
%d bloggers like this: